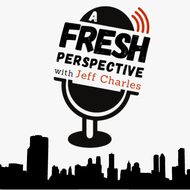 A Fresh Perspective
News • Politics • Writing
Nuanced conversations between brilliant people on both sides of the political divide. Political junkies and nerds are always welcome.
Interested? Want to learn more about the community?

Despite my opinion of Greene, I opposed House Democrats decision to strip her from her committee assignments. Democrats were far too hypocritical to make such a move given the fact that they excused the same type of bigotry demonstrated by Reps. Ilhan Omar (D-MN) and Rashida Tlaib (D-MI). Moreover, it is traditionally up to the party to strip one of its Congress members of their committee assignments.

But, they did it anyway.

Now, House Democrats are trying to expel Marjorie Taylor Greene from Congress, and it is likely one of the worst ideas they have had since the Green New Deal.

"Dozens of House Democrats are rallying behind a long-shot bid to expel Rep. Marjorie Taylor Greene from Congress.
Rep. Jimmy Gomez, a Democrat from California, plans to introduce a short resolution on Friday, which has 72 Democratic co-sponsors."

A spokesperson for Gomez told Forbes: “Despite numerous efforts to reach out to House Republicans – and quite a few conversations – none of them were willing to publicly support the resolution at this time.”
No surprises here, right?

But here’s the rub: House Democrats need a two-thirds supermajority to expel Greene from Congress. Unfortunately for them, they only control the House 219 to 211, so at this point, it’s nothing but political theater. In fact, it seems like overkill given the fact that they already succeeded in stripping her of committee positions using absurd and even bigoted remarks she made before taking office.

Of course Greene, who is closer to a Republican AOC than anything else, capitalized on the Democrats’ move by tweeting about it.

"There is nothing more threatening to Democrats than strong Republican Women!!! Democrats are trying [to] overturn the will of the People who voted for both myself and [Rep. Mariannette Miller-Meeks]," Greene wrote, referring to Democrats’ effort to overturn a Republican victory in Iowa. “House Democrats have declared war on House Republican Women!"
But here’s the thing: Even if Democrats were to succeed, it would be yet another emotionally-motivated move that would come back to bite them later. It seems they are unconcerned about the long-term, which is typically more of a Republican flaw than Democrats, who excel at playing the long game.

Even in stripping Greene of her committee assignments, they opened the door for Republicans to retaliate in similar fashion once they regain control of the House. Even as the debate raged over the Democrats’ move, Republican lawmakers introduced a provision to give Omar and Tlaib the same treatment. It is almost as if the GOP is sending a message to the Democrats: We won’t hesitate to use your own tactics against you after we seize control of the lower chamber in 2022.

While House Democrats actions against Greene are clearly a ploy being undertaken for virtue signaling purposes, their over-the-top response is not going to help them politically. For starters, Democrats are trying overturn the will of the people who, for better or worse, voted to put her in that office. The only people who should be deciding Greene’s political fate are her constituents, unless she engages in egregious or illegal activity.
Additionally, while her grandstanding antics are annoying to people on both sides, Democrats trying to remove her from office under ridiculous pretenses makes them look just as ridiculous. Of course, Democrats and far-left folks love the performance, but those in the middle will likely see both Greene and Democrats in a negative light – and they should.

Perhaps this is what our politics is now: Kabuki theater performances devoid of substance. It seems that too many members of Congress are there only to perform rather than to solve problems or represent their constituents. Of course, we cannot discount the notion that these actors also play a deeper role: distracting us from what the government does not want us to see. The question is: What are we going to do about it? 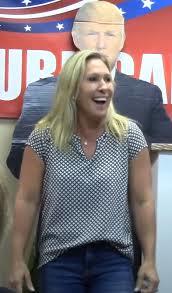 3
View All
3
Reply
Interested? Want to learn more about the community?
Videos
Posts

jeff charles@JeffOnTheRight
September 22, 2020
Welcome To The "A Fresh Perspective Community!

We're glad you decided to join us. I'm looking forward to interacting with you all on a deeper level.

Come on in, take off your shoes, let your hair down, and let's chat!

In this segment, I'm discussing how the GOP is planning to make racism a central issue of the upcoming midterm and presidential elections. The notion that America is not a racist nation will be a primary part of their campaign.

I think it's a great strategy, but only if it is done right. I do have some concerns...

Kudos to you @Jeffontheright on your decision to become a gun owner. I love that you are having fun but be careful, they can be addicting. My husband bought his first firearm, a Colt 1911, mail order when he was 15. He carries it to this day. My first was a Colt Diamondback .22 revolver. It's too big to carry so I also have a Sig .380. You might want to try one before you buy - it fits easily into a front pocket when you need to be discrete. I am so glad that 2A supporters have another strong voice to help us hold the line on the constant attacks on our rights.
btw, the next time you're in Houston check out Collector's Firearms on Westheimer. I have family in Texas and when we visit we make a point of stopping there. It's like going to a museum except everything is for sale. Anyway - have fun! It's gonna be a beautiful day here, I think we'll go to the range later 🙂

As one faction of the left pushes the fiction that the 2nd amendment was written to control black slaves, another defends it to SCOTUS by pointing out how racist NY has been in enforcing thier draconian gun laws. Grab some popcorn and sit back,this is gonna be fun. 🙂
https://www.libertynation.com/left-wing-lawyers-realize-somethings-wrong-with-gun-control/

#jeffontheright thank you so much for putting in the time to research CRT well enough to help me better understand it. I just listened to your recent Fresh Perspective on the subject and learned quite a bit. I'm looking forward to your upcoming conversation with Gabrielle Clark. I'm not a parent but I have to live in the world which is greatly influenced by our public school system and my tax dollars pay for it. Injecting CRT in our classrooms really concerns me and I agree that we need to stop bitching about it and start proposing alternatives. Trying to pass laws banning it reminds me of the 60s, when LSD first came on the scene (not that I'm that old mind you 😊) Recreational chemist Augustus Owsley Stanley III (Bear) began legally making and selling the drug to finance his favorite band, the Grateful Dead. When the government caught on, he'd change the formula just enough so it was legal again and they couldn't touch him. It took a while for the government to catch on to...

Powered by Locals
About Community
A Fresh Perspective
208 Members

jeff charles@JeffOnTheRight
September 22, 2020
Welcome To The "A Fresh Perspective Community!

We're glad you decided to join us. I'm looking forward to interacting with you all on a deeper level.

Come on in, take off your shoes, let your hair down, and let's chat!

21
View All
4
Reply
Don’t have a Locals account yet? SIGN UP
I’m already a member Log in
Please keep this window open while your file is uploading...